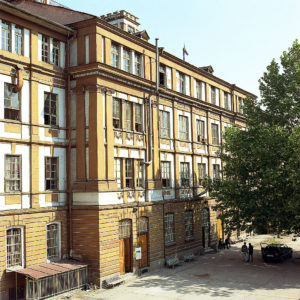 The University of Food Technologies (UFT) in Plovdiv has a rich sixty-five-year history and remarkable traditions. It is one of the most important centres in the field of food science and technology in Bulgaria, the only one of its kind on the Balkan Peninsula.

The beginning of university education in food science and technology was set as early as September 1948 with the establishment of the Department of Farming Technology at the new Faculty of Agronomy and Forestry (later renamed to Faculty of Agronomy) of Paisii Hilendarski University of Plovdiv. For the first time in our country, specialists received higher education in the field of food technology. 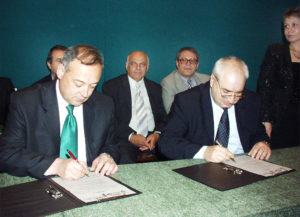 In 1950, two higher schools were separated from Plovdiv University: the Medical Academy and the Higher Institute of Agriculture (HIA). Pursuant to a Decree of the Council of Ministers (State Gazette No 188 / 10 Aug. 1950), the Department of Farming Technology grew into the Faculty of Food and Flavour Industries at the Higher Institute of Agriculture. Fourteen departments providing training in four technological areas, i.e. Technology of Fruit, Vegetables, Meat and Fish Preservation, Tobacco Technology, Wine Technology and Milk and Dairy Products Technology, were formed at the newly opened faculty. The first 28 alumni graduated as engineers-technologists in 1952. Pursuant to Decree No 230 of the Presidium of the National Assembly (State Gazette No 47 / 12 June 1953), a new, independent higher education institution called Higher Institute of Food and Flavour Industry was established separately from the HIA. On 23 January 2003, a decision of the 39th National Assembly of the Republic of Bulgaria transformed the HIFFI into a University of Food Technologies.

This website uses cookies to improve your experience while you navigate through the website. Out of these, the cookies that are categorized as necessary are stored on your browser as they are essential for the working of basic functionalities of the website. We also use third-party cookies that help us analyze and understand how you use this website. These cookies will be stored in your browser only with your consent. You also have the option to opt-out of these cookies. But opting out of some of these cookies may affect your browsing experience.
SAVE & ACCEPT
Translate »